IPI calls on authorities to end culture of impunity in country

Television journalists report from the premises of India's Parliament in New Delhi on Feb. 13, 2014. REUTERS/Adnan Abidi

India’s government needs to work harder to fight a culture of impunity for crimes against journalists, the International Press Institute (IPI) said today after two journalists were gunned down in neighbouring eastern states of the country within a 24-hour period.

“We join journalists associations in condemning these killings and we urge authorities to conduct a full, swift and transparent investigation into their deaths to ensure that those responsible are found and brought to account,” IPI Director of Advocacy and Communications Steven M. Ellis said.

Rajdeo Ranjan, bureau chief for the Hindi-language daily Hindustan in Bihar state’s Siwan district, was shot five times in the head and chest at close range on Friday by unidentified gunmen after leaving his workplace on his motorcycle. He was rushed to a local hospital, but doctors declared him dead on arrival.

The shooting came after Akhilesh Pratap Singh, a journalist for local Hindi television news channel Taza TV in Chatra district in the neighbouring Jharkhand state, was shot dead on Thursday night. Pratap, also known as Indradev Yadav, was returning home on his motorcycle when unidentified assailants shot him three times.

In both cases, the motive was not immediately clear.

Police in Bihar indicated that Ranjan may have been killed because of his work as a journalist. Local reports have suggested that he was on a “hit list” of targets issued from jail by former Siwan MP Mohammed Shahabuddin. Ranjan had reported extensively on Shahabuddin, who has been behind bars since 2005 for his role in a number of murders and who allegedly maintains close links to the Rashtriya Janata Dal (RJD) party, which co-governs Bihar.

Police in Jharkhand said that they had arrested two people for Singh’s murder and that another two were being sought. However, they also indicated that they believed the dispute was not related to the journalist’s work, but was instead linked to a dispute over “contract work” he had performed.

IPI called on Indian authorities to end a growing culture of impunity for crimes against journalists.

N. Ravi, the chair of IPI’s India National Committee and a member of IPI’s Executive Board said that “the tragic and brutal killings of Rajdeo Ranjan and Akhilesh Pratap by criminal gangs bring out the dangers that journalists face in the states of Bihar and Jharkhand, and the failure of the state governments to provide basic protection to journalists to carry out their work”.

He continued: “Rajdeo Ranjan figured in a publicised list of people targeted for killing by a criminal gang that was angered over his reporting of the activities of the gang leader. The killing of Akhilesh Pratap silenced a voice that was reporting from the ground in the Maoist insurgency affected area. The two state governments should take serious note of dangers that journalists face from criminal gangs and provide them adequate protection. They should redouble their efforts to bring the culprits to book and not let the culture of impunity grow in the states.”

Ellis echoed those remarks, urging authorities to examine all possible motives in both cases and to not rush to judgment. He also stressed the need for authorities to set an example.

“In many cases, those killed had been covering corruption and criminal activities in rural areas. Local authorities in India must ensure a safer working environment for journalists and put an end to a creeping culture of impunity by demonstrating to those who would harm journalists that they will face justice for doing so.” 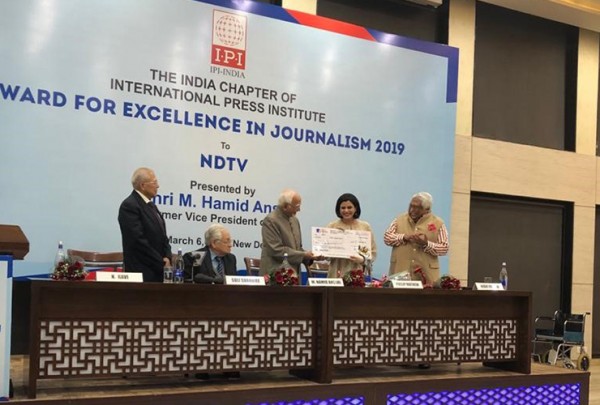