Tried in absentia, Egypt journalist can ‘expect anything’

Journalist Ibrahim Helal (r) and Hungarian academic and intellectual Péter Molnár speak as part of a panel on a Draft Declaration of Principles on Terrorism, Media and the Law presented during the IPI-CILS conference "The War on Words" on Oct. 6, 2009 in Vienna. Photo: IPI

“We were sitting in a coffee shop [in Doha, Qatar], the lawyer and myself, and by chance another Egyptian was passing by the coffee shop,” Egyptian journalist Ibrahim Helal recounts. “He was also sentenced [in Egypt in absentia].”

Helal continues: “We started to make jokes – you introduce yourself to me, I’m Egyptian, you’re Egyptian, and not only your name and your title, [but] how many sentences you have.”

After receiving a preliminary sentence of death from an Egyptian court in absentia last month, Helal says he has come to “expect anything” from a regime that also claims the children’s cartoon “Tom and Jerry” incites cultural violence.

“It shows how ridiculous the regime became,” he observes.

However, Helal says he understands that what he faces is no joke. Should Egypt’s grand mufti, the official interpreter of Islamic law, recommend that Helal’s death sentence be upheld when a court makes a final decision this Saturday, Helal would become an international fugitive in what observers widely view to be a politically motivated case.

Egyptian authorities claim that Helal, as director of news at Al Jazeera’s Arabic channel, orchestrated a $1 million deal for documents containing sensitive information that went missing from deposed President Mohamed Morsi’s residence in the chaotic aftermath of his ouster by the military in 2013.

They allege that a fellow Al Jazeera journalist – Alaa Sablan, who was also sentenced to death in absentia – introduced Helal to a group found to be in possession of the documents. They also claim that Helal had advanced the group, which is said to include Morsi himself, $50,000 and promised the rest of the money when an unnamed Qatari intelligence officer received the documents.

However, Helal says he had never met any of the alleged co-conspirators before, except Sablan. No intelligence officer has been named, nor has evidence of the $50,000 transaction been presented.

Helal found out about the allegations as he watched a live press conference by Egypt’s interior minister in the newsroom Helal directed. As a journalist working for respected international outlets such as the BBC and Al Jazeera outside of Egypt since 1994, he insists that he has never been swayed to report emotionally and has never participated in any political organisations.

“As they sentenced me to this, I will not be an opposition figure,” Helal says. “I am a journalist.”

Unfortunately, journalists have regularly been targeted by the military regime that took control of Egypt in 2013. The office of the Press Syndicate of Egypt was raided last month and authorities arrested two journalists inside who were accused of organising anti-government protests. Now, two leaders of the organisation face charges of publishing false news and harbouring fugitives: the two journalists who had sought refuge in the Syndicate’s offices. Both Syndicate leaders are currently out on bail awaiting trial.

Foreign journalists have also been targeted for reports in international media outlets. Sue Turton was a foreign correspondent for Al Jazeera English when she and other journalists covering protests that followed Morsi’s ouster were accused of publishing false news and supporting the Muslim Brotherhood.

Three Al Jazeera journalists charged in the case – Peter Greste, Mohammed Fahmy and Baher Mohammed – were immediately thrown into prison. Turton and others who were outside Egypt were tried in absentia. The defendants were convicted in June 2014 following a trial that drew widespread international condemnation and Turton was given a 10-year prison sentence.

“Being tried in absentia is incredibly frustrating, obviously, because even though you’re being tried, you can’t actively give evidence,” she explains to IPI. “You can’t even [do so] through the lawyer that’s there with your colleague.”

As Turton watched the trial unfold and received news of her conviction, she consulted lawyers to find out what her next steps were. She says that she was told almost immediately that she could not appeal her sentence unless she returned to Egypt.

“At first, we weren’t sure [how it would affect us] and we found it difficult because we weren’t really given much guidance on what this meant for our own personal travel and our own safety,” she explains. “In the end, we had to do a lot of the digging ourselves to try and find out which countries had deportation laws, agreements, or even more… bilateral agreements with [Egypt].”

As someone who travelled the world for her profession, Turton risked extradition to Egypt whenever she was on assignment. Even though a given country from which she was to report might not have an extradition agreement, she might have to travel through one that did. Most of Africa was immediately out of the question, she says, as were parts of the Middle East and possibly Russia.

“Then there was the case of Ahmed Mansour, who was arrested in Germany last year,” she recalls. “He was picked up going through an airport actually that I had been through just a month before.”

Mansour, an Egyptian journalist working for Al Jazeera Arabic, had been sentenced in absentia much like Turton and Helal. He was detained in Berlin’s Tegel airport at the request of the Egyptian government, but later released.

“It really made us start to double think even about travelling in Europe,” Turton says. “The world really started to shrink a lot… My job became pretty much untenable.”

As a result of that pressure, Turton says she was forced to step down as a foreign correspondent.

Helal and Turton were outside of the country when charges were lodged against them and they avoided a prison cell, but most other journalists who have faced charges in Egypt were not so fortunate.

Greste, Fahmy and Mohammed spent over 400 days behind bars until their release in February 2015 after a court granted their request for a retrial. Greste, released early that month, was deported to Australia and retried in absentia. His two colleagues were later released on bail, but were required to remain in the country for the retrial.

“In our case, there was never evidence,” Greste tells IPI. “Because no evidence was presented, we couldn’t defend against something attacking [us].”

After a second conviction in August 2015, Fahmy and Mohammed were returned to prison, but Egypt’s President Abdel Fattah el-Sisi pardoned them the following month. The pardon, however, did not apply to Greste. Handed a seven-year sentence in June 2014, he notes that he still has time to serve.

Greste says that the judge who convicted and sentenced him was satisfied by the lack of evidence because “Qatar supported the Muslim Brotherhood, and Al Jazeera is based in Qatar”. He explains: “It’s politically convenient. There is a narrative of Qatari interference [in Egypt], and we fit that narrative.”

Although many of the cases currently targeting journalists in Egypt are considered politically motivated, those convicted in absentia face a catch-22 when appealing for support from the international political community. Egyptian authorities claim that anyone sentenced in absentia need only return to the country in order to receive a fair trial. That satisfies some countries’ leaders, but leaves defendants in fear of the conditions they might face should they return.

Journalist Ahmed Sabii is a defendant in the “Rabaa Operations Room” case, in which 14 journalists were accused of publishing false news while covering protests. Thirteen of them were handed life sentences, five of them in absentia, while the other journalist was sentenced to death. A court threw out those sentences in December and ordered a retrial, but the nine defendants still behind bars – who are being “arbitrarily detained” in violation of their human rights, according to the U.N. Working Group on Arbitrary Detention – face appalling conditions in the maximum-security Scorpion prison, where Fahmy and Mohammed spent portions of their sentences before their release.

In a letter to IPI, Sabii’s wife detailed the conditions her husband faces. He’s currently “in solitary confinement half meters by two meters [and] doesn’t have any ventilation slots,” she says. “There is no necessities for life, water mixed with sewage,” she continues, and he is served food that lacks “nutritional values” and has likely spoiled. Sabii’s wife also alleges that her husband is denied basic human necessities like clothing and medical care.

Helal, who had open-heart surgery in 2015, is on a strict medicine regimen. He says he fears that Egyptian authorities would not be able to provide the medical care he requires.

“If it was another country, I would do so happily and start up my defence happily,” he explains. “But you know with the situation of the Egyptian prisons, it’s so risky.”

The road ahead for Helal is full of risks such as travel restrictions and legal obstacles as he seeks to decrease or nullify the final sentence that will be revealed this weekend.

Gamal Eid, executive director of the Arabic Network for Human Rights Information, says that those sentenced in absentia for a felony can appeal through re-procedure hearings. Upon calling for the re-procedure hearings, the first default ruling is rescinded, and a subsequent sentence is issued upon review of the case.

Eid also says that co-defendants would be able to decide whether to include those in absentia in further hearings, as each defendant could potentially call for separate re-procedural hearings on their individual sentences.

However, Helal notes that, all in all, these procedures could take up to a year to complete, at which point the Egyptian authorities may issue arrest warrants that they would then ask the international community to enforce.

“But just in case… I’m approaching Interpol myself with my CV and everything because once they send the request to Interpol, I believe Interpol will ask for more details,” he comments. Helal is doing that, he emphasises, pointing to the lack of evidence against him, because if Interpol makes such a request to Egypt, “there [are] no details to be submitted”. 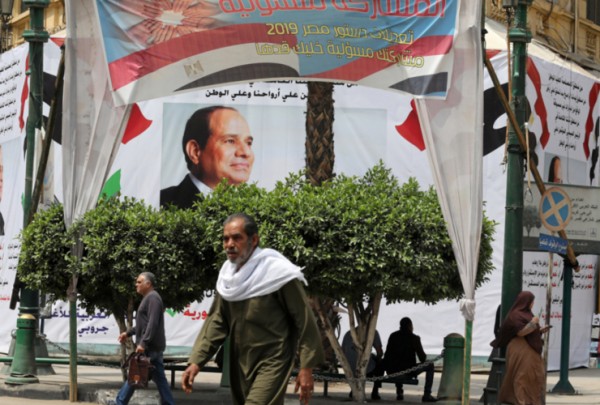