Experts from IPI, the U.N., the OSCE, UNESCO, Google, The Guardian, CPJ, Article 19, EFF and Bolo Bhi discuss the challenge of online harassment during a panel organised by IPI as part of RightsCon 2016 on April 1, 2016 in San Francisco. Photo: IPI.

Journalists and bloggers are increasingly the victims of online harassment including death threats, verbal abuse and smear campaigns, in addition to technical attacks. The aggressors in these cases share a common goal: to intimidate journalists into silence and put a stop to critical commentary or investigative reporting that is intended to expose misdeeds and serve the public interest.

It is clear that in developing an efficient approach to dealing with online harassment against journalists and bloggers – and the resulting fear and self-censorship such harassment can create – a diverse array of challenges must be faced.

One of the main obstacles in addressing online harassment against journalists is to find the correct balance between safeguarding the human right to free expression and protecting those who engage in journalism from being subjected to a torrent of abuse and threats online.

Therefore, any approach to developing best practices and guidelines to counter digital attacks against journalist needs to have a multidisciplinary perspective.

Beginning the process to develop such an approach was the main objective of the session “Shields up! Protection against online harassment of journalists, bloggers, citizen reporters”, which IPI organised at RightsCon from March 30 to April 1, 2016 in San Francisco.

The session was part of IPI’s project “Ontheline”, which aims to strengthen the opportunities that online platforms and digital tools offer independent journalism by analysing and addressing the challenges that such technological developments carry with them. A very important area in this respect is the cyber-harassment – i.e., threats, attacks and technical interference – by which journalists, bloggers and citizen reporters (in particular critical ones) are so often victimised.

It is worth mentioning that anecdotal evidence leads to the conclusion that cyber-harassment results in psychological distress and self-censorship, and in some cases may even be followed by physical attacks. Moreover, anecdotal evidence has shown that cyber-harassment often has a strong gendered component, and strategies are necessary to address attacks specifically targeting women journalists, bloggers and citizen reporters.

Laws and regulatory restrictions targeting independent journalism contribute to a hostile climate against the journalistic community, which, in turn, enhances an atmosphere in which cyber harassment is falsely legitimised and allowed to flourish.

It should be noted that the term “journalist” in this context should be interpreted as including anyone who engages in journalism, regardless of the medium or platform used.

Listen again to the panel session

The following recommendations were put forward by panellists

In the interest of establishing best practices, guidelines and principles in this area, IPI intends to continue the conversation begun during the session at RightsCon with a group of core experts, including the speakers who took part at the session as well as other parties interested in contributing to the process.

– David Kaye, UN Special Rapporteur on the promotion and protection of the right to freedom of opinion and expression – @davidakaye

– Dunja Mijatovic, OSCE Representative on Freedom of the Media – @OSCE_RoFM

Photo gallery of the event 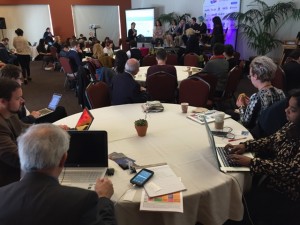 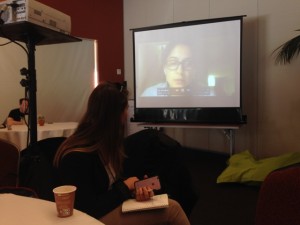 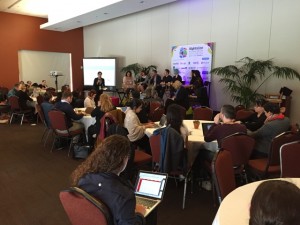 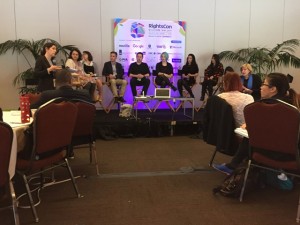 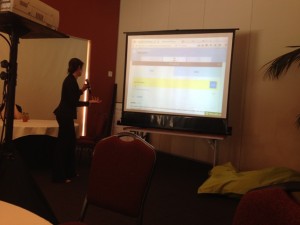 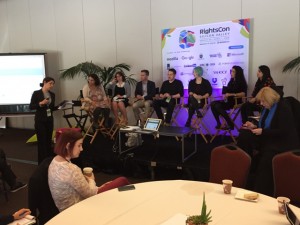 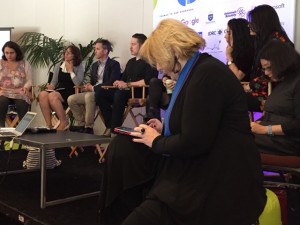 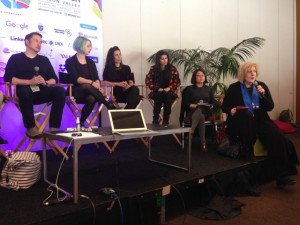