IPI concerned Zhalaudi Geriev being punished for his critical reporting

The International Press Institute (IPI) today expressed concern over the Sept. 5 sentencing of Zhalaudi Geriev, a journalist with the Russian news website Kavkazsky Uzel (Caucasian Knot), by a court in Chechnya to three years imprisonment for alleged marijuana possession.

IPI Director of Advocacy and Communications Steven M. Ellis expressed fears that the charges against Geriev were fabricated and that the sentencing by the Shali district court is intended to silence the journalist’s reporting on human rights abuses by Chechen authorities.

Geriev, 23, was arrested on April 16 as he was travelling by bus from the town of Kurchaloi to Grozny, Chechnya’s capital, from which he intended to travel on to Moscow. According to Human Rights Watch (HRW), the journalist was pulled out of the bus by three armed men, who hit him on the head, dragged him into their car, and drove him to a forest some 35 kilometres from Grozny, where they seized his two phones and backpack containing a laptop and other personal belongings.

The journalist was reportedly questioned in the forest for 30 to 40 minutes, and was threatened, mishandled and accused of planning to travel to Syria to join the Islamic State group. He was eventually taken into police custody with a large package of marijuana allegedly found in his backpack and forced to sign a confession that the drugs belonged to him.

Geriev later withdrew his confession at trial, alleging that it was made under duress. Nevertheless, the court found the journalist guilty of “possession of banned substances in large quantities” and sentenced him to three years in prison. Geriev plans to appeal the sentence.

Ellis said that Geriev’s arrest and imprisonment could be seen “as part of a crackdown on critical voices, including independent journalists, by authorities in Chechnya ahead of nationwide and local legislative elections scheduled this month in Russia”.

Ramzan Kadyrov, the Kremlin-loyal leader of Russia’s troubled Chechen Republic, holds the region in an iron grip and has been implicated in numerous rights abuses, including instances of kidnapping, torture and murder. He faces re-election as head of the Chechen Republic on Sept. 18.

“IPI calls on the Russian authorities to immediately revisit Geriev’s case and to put an end to the repression of critical voices and dissent in Chechnya by Kadyrov and his government,” Ellis commented. 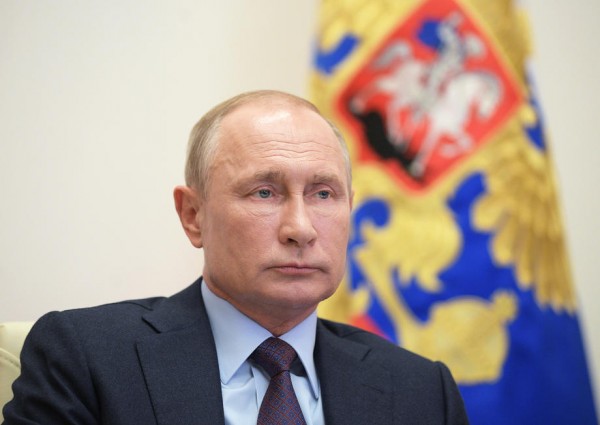 During the COVID-19 pandemic, dozens of states around the world have implemented criminal …
Read More