The Italian Senate, pictured here, is currently considering a bill that would remove the possibility of imprisonment in defamation cases. REUTERS/Tony Gentile

An Italian court ruling sentencing the editor of a news website to nine months in prison for defaming a public prosecutor is grossly disproportionate and violates European standards on freedom of expression, the International Press Institute (IPI) said today.

Roberto D’Agostino, founder of the site Dagospia, was convicted in late February of defaming a Genoa prosecutor, Alberto Lari, after republishing an article from the Italian newspaper L’Espresso that raised questions over the prosecutor’s wife’s recent promotion. According to reports, the version of the L’Espresso article that appeared on Dagospia contained an altered title that explicitly suggested that the former president of the Ligurian legislature had promoted Lari’s wife in exchange for the prosecutor’s agreeing not to prosecute the president on embezzlement charges.

News reports state that D’Agostino denied having intended to defame the prosecutor, to whom he later apologised in court. A Milan judge last week disagreed, reportedly citing the changed title. D’Agostino was also sentenced to pay €10,000 in damages.

“Sentencing a journalist to prison for defamation plainly violates European and international standards on freedom of expression as well as the jurisprudence of the European Court of Human Rights, even more so when the matter involves public figures and comment on a matter of public interest”, IPI Director of Press Freedom Programmes Scott Griffen said today. “IPI is greatly dismayed by this ruling but we trust it will be overturned swiftly on appeal.”

Griffen noted that the European Court of Human Rights (ECHR) has consistently stated that the imposition of a prison sentence in a criminal defamation case is incompatible with Art. 10 of the European Convention on Human Rights, regardless of whether the conviction itself was justified. The Court has cited the “evident” chilling effect that such sentences may have on the overall exercise of freedom of expression in a country.

In a 2013 case involving an Italian editor sentenced to four months in prison, for example, the Court found that it “cannot conclude that the plaintiff’s conviction as such was contrary to Article 10” but declared that a violation had occurred nevertheless “due to the degree and nature of the sanction imposed”.

The U.N. Human Rights Committee, which is responsible for overseeing compliance with the International Covenant on Civil and Political Rights, has likewise declared that imprisonment is “never” an appropriate punishment for defamation.

According to IPI research, Italy remains the only EU country to sentence journalists to prison for defamation, with at least six separate verdicts involving 11 defendants in the past five years alone. The Italian Senate, however, is currently considering a measure that would eliminate the possibility of imprisonment in defamation cases.

“This case underscores the urgency with which the Italian government must pass a bill to bring its defamation laws in line with international standards, including by removing the possibility of imprisonment”, Griffen said. “We call on the other 19 EU states that continue to contemplate imprisonment in their defamation laws to follow suit, so as to help guarantee Europe’s status as a haven for freedom of expression.”

IPI’s “Out of Balance” report on defamation laws in the EU noted that just five EU states have repealed criminal defamation, with three additional states having abolished prison terms. On average, EU journalists face up to two years in prison for defamation or insult. Italy’s Mussolini-era Criminal Code and its 1948 Press Law punish defamation with up to three and six years behind bars, respectively. 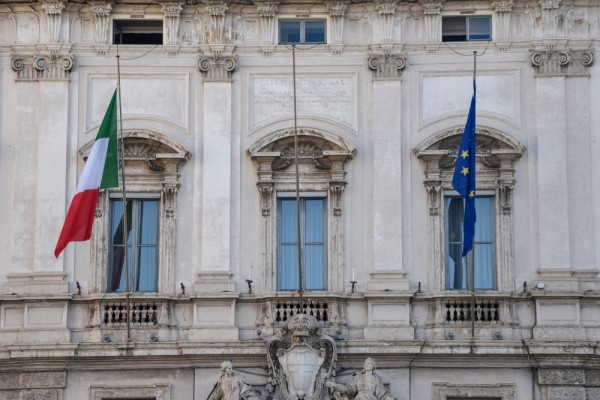 Major step forward in push to scrap prison sentences for criminal defamation in ...