Officers set fire to destroy a pile of firearms during Firearms Destruction day in Lusaka on July 9, 2010. Two thousand firearms were destroyed at the police headquarters in Lusaka. REUTERS/John Ngoma

Zambian authorities must thoroughly investigate a recent incident in which a bullet was fired into the Lusaka newsroom of leading Zambian newspaper The Post, the International Press Institute (IPI) said today.

The Post Executive Secretary Ernest Chanda told IPI that a bullet travelled through the roof of the newsroom and into the floor at approximately 12:30 PM on Sept. 30.

According to their statements, four journalists who were present in the offices filing reports when the shooting occurred panicked and scattered in different directions looking for shelter. Chanda said that police who arrived shortly after the incident to collect evidence found a bullet on the floor next to one of the journalists’ desk.

IPI Director of Advocacy and Communications Steven M. Ellis urged Zambian authorities to mount a swift, transparent and complete investigation into the incident.

“This incident is extremely concerning given the current climate and we fear that a failure to fully investigate it would send a signal that journalists can be attacked with impunity”, he said. “As next year’s election approaches, it is imperative that news media outlets be allowed to report freely and without fear in order to give citizens the information they need to make an informed decision.”

The episode took place amid a heavily polarised political context in the country, where a new presidential election is set for 2016.

Former defence minister Edgar Lungu was elected president in January in a disputed election that followed the October 2014 death of President Michael Sata. The Patriotic Front (PF) party candidate won by a narrow majority of 1.66 percent of votes in the contest, which opposition leader and United Party for National Development (UPND) candidate Hakainde Hichilema labelled a sham.

According to local reports, Lungu has accused The Post and its editor-in-chief, Fred M’membe, of trying to set the political agenda in the country in order to serve their own economic interests.

Chanda, however, criticised Lungu’s rhetoric, claiming that the president’s words prompted the incident at The Post’s newsroom.

“Fred [M’membe] has been the main target because they think if they killed him then the newspaper would collapse,” Chanda alleged.

M’membe, an IPI World Press Freedom Hero, currently faces criminal charges for allegedly publishing classified information in connection with an April investigative piece that The Post published denouncing corruption in the ruling PF party. He was arrested and released on bail on July 16, but faces a 15-year prison if convicted.

The journalist has faced more than 100 years in prison terms and dozens of lawsuits over The Post’s investigative reporting on alleged government corruption. In a recent interview, he told IPI that the government’s crackdown on media was intended to silence discussion of the country’s profound economic problems.

“Look, the country is in serious economic problems…,” M’membe said. “There is a serious electricity shortage. The mining industry, which is the mainstay of the economy, has cut production by between 40 and 60 percent. So there are problems, and [President Lungu] doesn’t want those problems to be highlighted, analysed and discussed.” 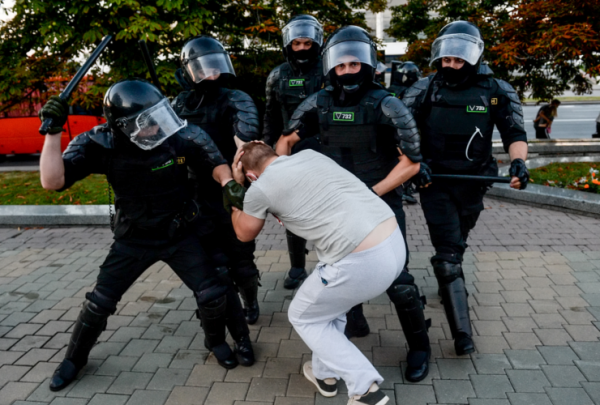