Stratis Balaskas: 'I am really worried that this sentence will prohibit other journalists from writing freely'

“There is no worse thing for a journalist than to sit in a courtroom and hear that he has been sentenced to prison for doing his job,” Greek journalist Stratis Balaskas recounts.

Nearly two months ago, on July 11, Balaskas found himself exactly in this position after the Northern Aegean Court of Appeals confirmed a guilty verdict against him for insult and sentenced him to three months’ imprisonment.

The penalty, under the terms of Greek law, was redeemable for €1,603, allowing Balaskas to escape prison time. However, as he describes in an interview with IPI, he cannot escape his great frustration and disappointment regarding the role of the Greek justice system in safeguarding media freedom.

Balaskas’ ordeal began in November 2013 when, as chief editor of the local newspaper Empros in Mytilene, on the island of Lesvos, he referred in an article to the headmaster of a local high school as the “Golden Dawn … and neo-Nazi headmaster”.

The reason for these characterisations was a series of well-known incidents in the local island community where the headmaster appeared to be quite active in supporting the ideas of the extreme right-wing Golden Dawn party.

More specifically, according to documents and testimonials that were submitted to the court by Balaskas’ lawyer, the headmaster previously had published several articles on websites and blogs – including the Greek School Network, a web platform of the Ministry of Education that connects educators and schools around Greece – in which he argued in favour of the “Aryan race”. The headmaster called on all nationalists – and especially teachers and parents – to unite in order to fight for the preservation of “racial purity” and to give their vote to Golden Dawn.

However, the act that triggered Balaskas’ journalistic reaction happened in November 2013. On the eve of the 40th anniversary of the Athens Polytechnic uprising, a mass student revolt against the ruling Greek military junta that ended in bloodshed, the headmaster published an article on his website describing the uprising as a myth and a lie. It was then that Balaskas wrote the commentary piece about the headmaster with the Golden Dawn and neo-Nazi references.

The headmaster denied any connection with such ideas and organisations, and he filed criminal charges against Balaskas for insult under Art. 361 of the Greek Criminal Code. Police arrested Balaskas and took his fingerprints. Despite the evidence presented by Balaskas’ lawyer, the Court of Mytilene sentenced the journalist for using the characterisation “neo-Nazi” to six months in prison, the minimum penalty that allows for appeal.

Balaskas appealed, but after two-and-a-half years of waiting, the Northern Aegean Court of Appeals agreed with the lower court that “neo-Nazi” constituted an insult. However, it reduced the punishment and sentenced Balaskas to three months’ jail time. 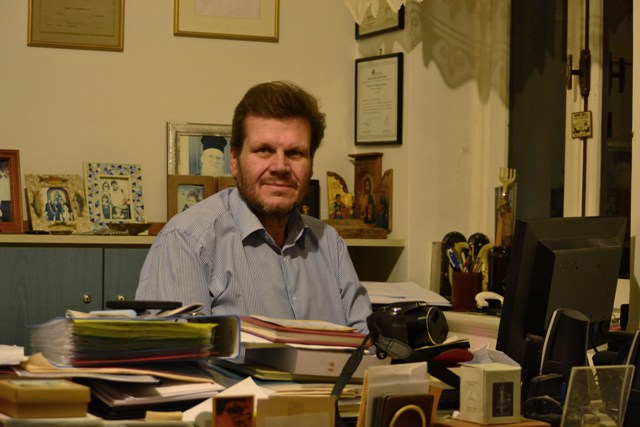 Balaskas’ lawyer, Thodoris Theodoropoulos, who in court cited decisions of the Greek Supreme Court and of the European Court of Human Rights stating that a journalist should not be sentenced to prison for defamation, says that he cannot comprehend the judgment of the two courts.

“We proved beyond any doubt that Balaskas’ main aim was not to insult the plaintiff but to inform citizens about the public actions of an educator,” Theodoropoulos comments.

“We also proved that there was no intention or malice on the part of the journalist and that the plaintiff’s articles had clear political and especially nationalistic content. It was Balaskas’ journalistic duty to criticise the fact that an educator’s role is not consistent with the expression of extreme nationalist speech.”

Asked about the next steps, Theodoropoulos adds: “We have not yet seen the full ruling so as to fully understand the court’s way of thinking, but we are seriously considering going to the Supreme Court and trying to appeal.”

After the Court of Appeals’ decision, Balaskas received full support from his colleagues as well from his regional journalistic union, ΕΣΗΕΠΗΝ, the Union of Editors of Daily Newspapers of Peloponnese, Epirus and Islands. The Union covered all court expenses and paid for Balaskas’ lawyer.

Additionally, the Union issued a statement emphasising that the right of journalists to reveal the truth and enlighten citizens on very significant issues relating to society was not negotiable.

“The novelty of this case is that all of [Balaskas’] claims were proven beyond a doubt at the first court and at the Court of Appeal,” it reads. “Journalists must stay strong and not bend.”

The Central Board of Jewish Communities in Greece also put out a statement in support of Balaskas, writing that the latter “had rightly denounced the extreme beliefs of the plaintiff, and in doing so criticised way the work of a public educator … considering that the social role of the plaintiff is not consistent with the expression of extreme nationalist speech”. 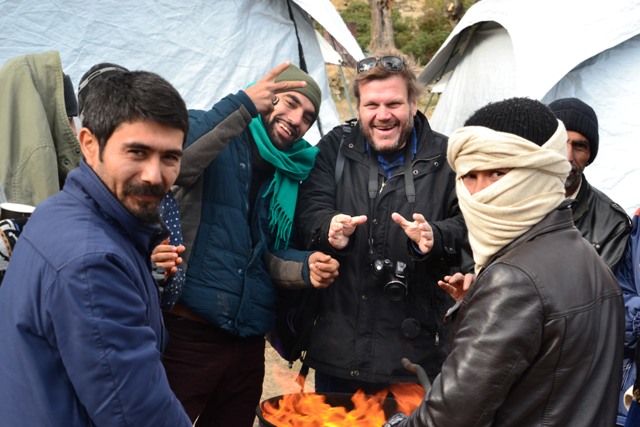 The odds may be in Balaskas’ favour at the Supreme Court, but he feels that it is already too late for him, since the case has cost him a lot more that the amount of money he paid in order to escape prison time.

“In a small community of 60,000 people, such as Mytilene, being dragged to court is something people talk about,” he explains.

“They say that a journalist was found guilty. I defended my basic democratic right to judge that something is dangerous for democracy and society and I got punished for that. I feel like my reputation is being smeared because of an act of Greek justice that really needs to be reconsidered. There is also a great chance that I will not have any job offers, since people will think that I haven’t done my job properly and I have been convicted.”

However, the thing that seems to worry Balaskas the most is the effect that this decision may have on media freedom.

“I am really worried that this sentence will prohibit other journalists from writing freely and force them to censorship themselves,” he says.

Balaskas’ response to our final question is short, quick and sincere.

We ask: “Do you worry that this is something that may happen to you too?”

“No,” he answers. “Personally, I will not give it a second thought if I have to write something similar again. These kind of punishments are democratic medals for journalists.”

This article is the first installment of a reporting series investigating the effects of Greek defamation laws on media freedom and the work of journalists. Production of this series is supported by co-funding from the European Commission. 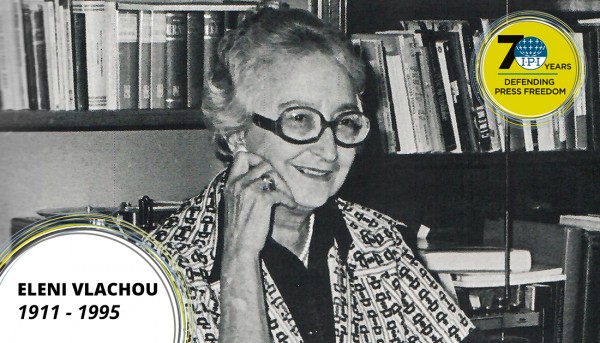